Binghamton’s St. Patrick’s Day Parade was held for the first time in two years on March 5, from 1:30 p.m. to 2:30 p.m. In previous years, the parade was canceled due to Covid restrictions. Hundreds of Binghamton residents along with family and friends, excitedly crowded Court Street and Maine Street to view the parade.

Launching the celebration, a Mass was held to honor St. Patrick at 11:30 a.m., located in St. Mary’s of the Assumption Church on Court Street. After the Mass, the parade kicked off with its Grand Marshal—a St. Francis look-alike, followed by the Broome County Parade Committee and groups of the Ancient Order of Hibernians.

Parade walkers and watchers alike proudly waved Irish flags. In addition, many individuals within the procession waved Ukrainian flags, to show support for the people of Ukraine who are suffering due to the brutality of Putin and his military forces. Other memorable groups include Irish dancers, bagpipers, and the Rumble Ponies—even ‘Deadpool’ made a special appearance.

The parade concluded at Arthur Street, on the West Side of Binghmaton. Sadly, due to the ongoing pandemic, Seton High School’s annual post-parade celebration was canceled; however, residents enjoyed a variety of other activities, including dining, bar hopping, and parties. 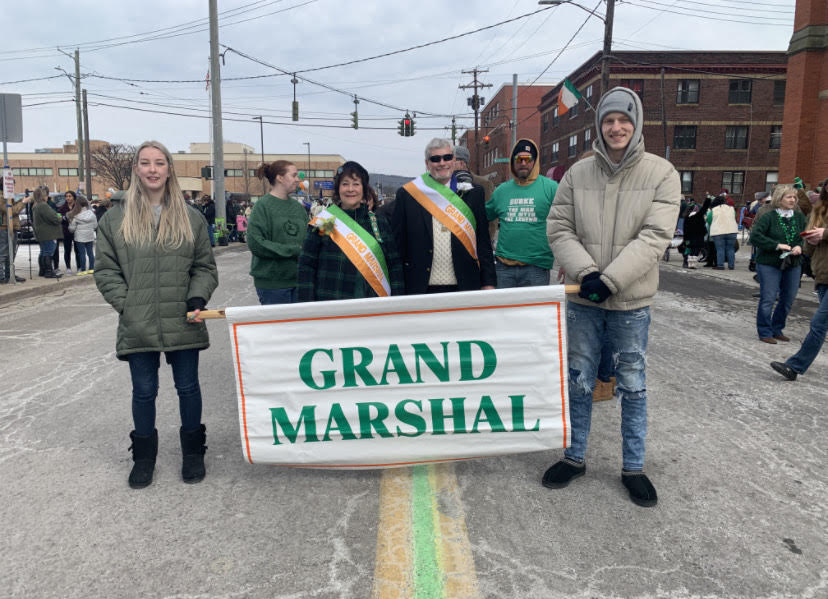